5 interesting stories of Sanjay Dutt, You will be Definitely to know

In 1986, Rajendra Kumar made a ‘Naam’ film to stabilize the career of his son Kumar Gaurav, in which he also cast Sanjay Dutt. The result remained the opposite. The film became the turning point of Sanjay Dutt’s career and Sanjay firmly set his feet in Bollywood. Amitabh was so impressed by Sanjay Dutt’s acting that he invited both Kumar Gaurav and Sanjay to dinner at his home and gifted him with a gold chain.

The intense rumor of Sanjay Dutt and Rekha’s affair lasted for some time. It was even published in some newspapers that Rekha and Sanjay Dutt got married. Some people say that such things were spread to break the Amitabh-Rekha pair.

In looks, Rough-Tuff got associated with many actresses of Sanjay Dutt. Among them, he was very serious about Madhuri Dixit. Sanju was deeply saddened by the death of his wife Richa. During that time he was doing some films with Madhuri Dixit. It is said that both were attracted to each other and both decided to get married as well, but due to Tada, Sanjay was imprisoned and Madhuri pulled back. After this, both of them lost their relationship. However, both of them never accepted the affair. 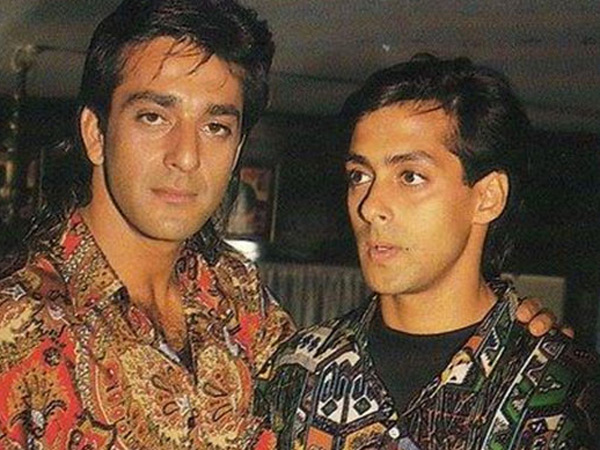 Salman Khan has been a big fan of Sanjay Dutt and Salman also adopted Sanjay Dutt’s hairstyle in the nineties. In ‘Saajan’, the two appeared together and formed a good friendship. It is Sanjay who inspired Salman to go to the gym. Later Bigg Boss was seen hosting the show together.

1 thought on “5 interesting stories of Sanjay Dutt, You will be surprised to know”